His famous declaration- “Swaraj is my birthright, and I shall have it”.

Bal Gangadhar Tilak was called "the father of Indian unrest" by the British authorities.

In 1903, he wrote the book The Arctic Home in the Vedas. In it, he argued that the Vedas could only have been composed in the Arctics, and the Aryan bards brought them south after the onset of the last ice age. He proposed a new way to determine the exact time of the Vedas.

Tilak authored "Shrimadh Bhagvad Gita Rahasya" in prison at Mandalay – the analysis of 'Karma Yoga' in the Bhagavad Gita, which is known to be gift of the Vedas and the Upanishads.
References 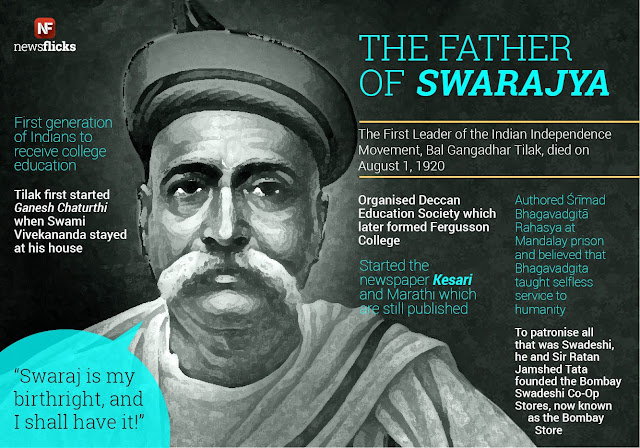 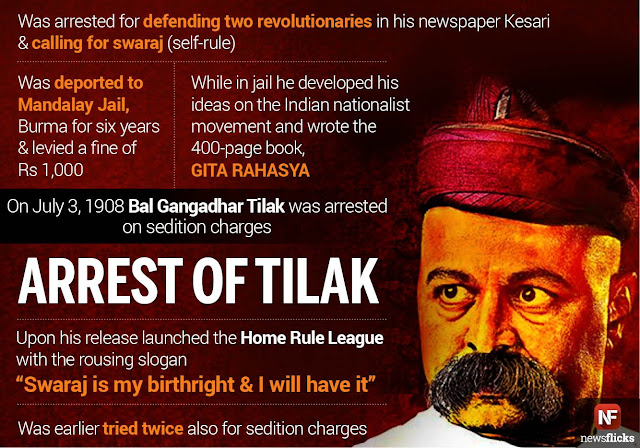