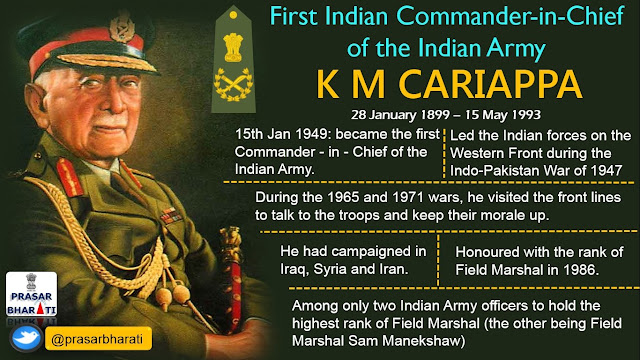 He led Indian forces on the Western Front during the Indo-Pakistani War of 1947.

He is one of only two Indian Army officers to hold the five-star rank of field marshal; the other being Field Marshal Sam Manekshaw.

He was appointed commander-in-chief of the Indian Army in 1949.

After his retirement from the army in 1953, he served as the high commissioner to Australia and New Zealand until 1956.