P. R. Pisharoty was born on February 10, 1909 in the town of Kollengode in the Indian state of Kerala.
He was an Indian physicist and meteorologist, and is considered to be the father of remote sensing in India. 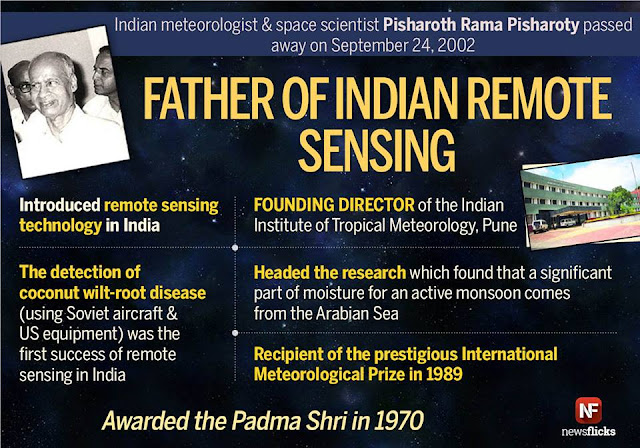 The Indian Society of Remote Sensing renamed the Indian National Remote Sensing Award to 'P. R. Pisharoty Memorial Award' in his memory.
The GPS Radiosonde of ISRO's VSSC is named after Pisharoty.