Vinoba Bhave is known as the father of Bhoodan Movement.

He is considered as a National Teacher of India and the spiritual successor of Mohandas Gandhi.

He was awarded Bharat Ratna posthumously in 1983. 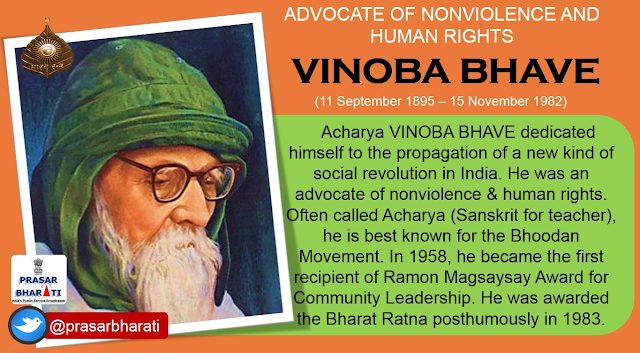 Some of his works are: