Kisan Kanya released in 1937 is the first colour movie made in India.

It was directed by Moti B. Gidwani and produced by Ardeshir Irani of Imperial Pictures.

Kisan Kanya was based on a novel by Saadat Hasan Manto. 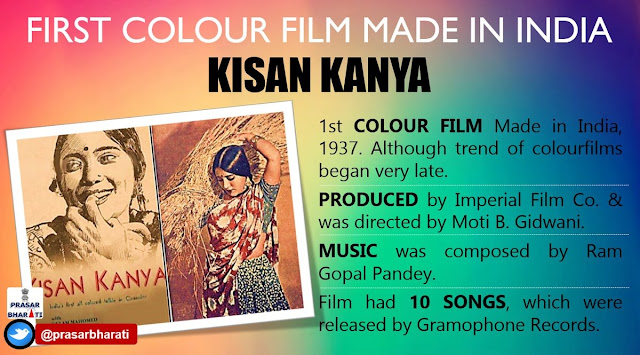