C.V. Raman was the first Indian to win the Nobel Prize for Physics.

He was honoured with the highest civilian award in India, the Bharat Ratna in 1954.

India celebrates National Science Day on 28 February of every year to commemorate the discovery of the Raman effect in 1928.

The Raman Research Institute, founded by CV Raman is at Bengaluru. 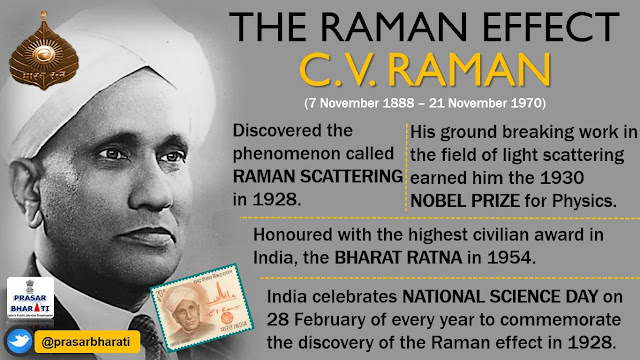