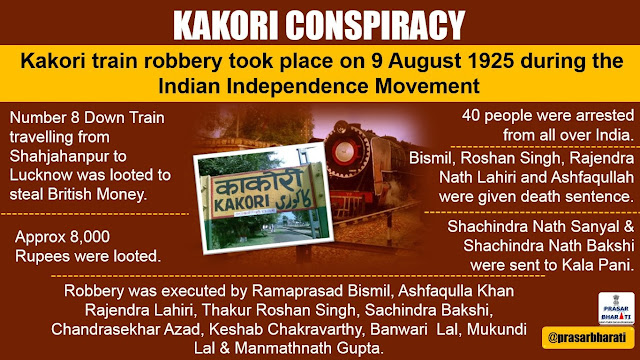 Kakori train robbery took place on 9 August 1925 in Uttar Pradesh during the Indian Independence Movement against the British Indian Government.

The robbery was organised by the Hindustan Republican Association.

One passenger was killed by an accidental shot, making it a murder case.

40 people were arrested from all over the India.